Secretary:
Lysette Penston, As above

An appeal against the refusal of the Borough to approve 2 new houses on Warners Hill has been dismissed by the planning inspector following representations from the Cookham Society. Noting that the proposal would contravene 10 local plan policies and 6 policies in the National Planning Policy Framework, the inspector took the view that it “… would be inappropriate development in the Green Belt and … would also lead to a moderate loss of openness to the Green Belt, [and] fail to preserve or enhance the character of the [Conservation Area] and setting of nearby listed buildings.”

We are not happy with various aspects of the latest BLP. Specifically,

1) We object to aspects of the plan relating to development in Cookham Dean;

(2) While we continue to support Poundfield’s identification as a Local Green Space the BLP would permit certain types of development to which we object. Also, the map is unclear;

(3) Too much housing is proposed for the village, when it is no longer needed, which would increase the pressure on our local infrastructure;

(4) Bizarrely, a 4-storey building is proposed for the Station Hill area.

For a digest of the Society's representations including suggested comments see BLP-DIGEST above. For the full version see BLP - FULL TEXT above.

Something to cheer about. Members of the Borough’s Planning Panel have unanimously rejected a plan to site a 14,500 sq.ft. stable building off Long Lane, in the open countryside. Dick Scarff and his team put up a detailed case against the scheme and were rewarded with success for their efforts in continuing to preserve our Green Belt.

Following concerns expressed by local people about the substantial clearance of vegetation in the vicinity of Strand Water, the Royal Borough has placed a Tree Preservation Order on parts of this area.

We are pleased that following constructive and helpful discussions with Mike Lowe of Summerleaze and Councillor Mandy Brar we anticipate the barrier on the bridge north of Strand Water will be modified in the near future to allow pedestrians to cross. Horse riders will be prohibited.

Members of your committee recently joined representatives of twelve other organisations at a workshop organised by the Royal Borough to plan for the future of this recent acquisition. Council officers explained their intention to reduce the area of the current planning application to cover the field adjacent to the A 4094 only together with a footpath route along the northern boundary. This will enable more detailed ecological investigations to be undertaken on the remainder later in the year. While welcoming proposals to foster the very important wildlife components of the land, we have stressed its crucial role in draining water away from the village during floods.

The Society is now inviting nominations for its 2020 Design Award. Nominations may be submitted for building projects, extensions and landscaping schemes in the Parish of Cookham, which have been completed by 31st December 2019. The Award is given to projects which enhance the visual environment and are in keeping with the Cookham Village Design Statement.
If you would like to make a nomination for the Award please ask Pablo Dubois (pablo@dubois.me.uk) for a Nomination Form, which should be completed and returned to him by 15 January 2020, either by email or to Regency Cottage, The Pound, Cookham SL6 9QD."

We were surprised to learn that Borough planners had recently given permission to convert a derelict barn in Lower Mount Farm to a dwelling house. Yet again we see agricultural Permitted Development Rights being used to convert old buildings in the Green Belt into dwellings where houses would not otherwise be permitted. 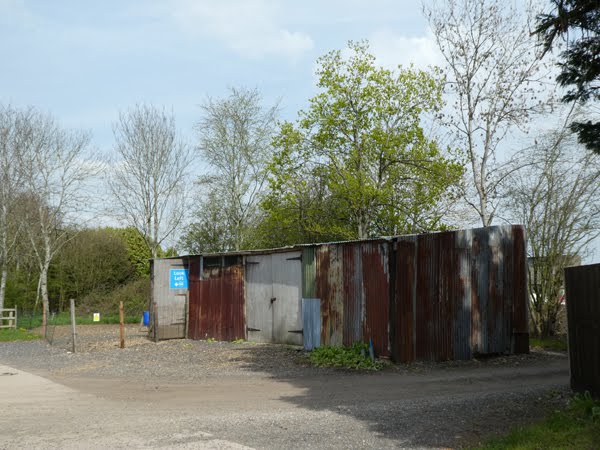 £20,000 per acre is a lot of money to pay for the 57 acres of arable land next to Switchback Road but, nevertheless, the agents say it is currently under offer. What is the future of this open area, a vital element in the separation of our villages from Maidenhead?

For the Society's views and comments on these issues, please click on the issue title of interest, or on the 'Current Issues' Tab above and then scroll down.